Maggie Brown is an accomplished singer, songwriter, actress, producer, and director—and, according to the Chicago Tribune, also “one of the most fiercely committed artists in Chicago.”

Whether she is presenting with her own trio or with Orbert Davis’ 60-piece Chicago Jazz Philharmonic orchestra, Brown embodies a powerful and passionate performance. She has recorded with Abbey Lincoln, Jonathan Butler, Ramsey Lewis, Stevie Wonder, and her legendary father, Oscar Brown, Jr. In her hometown of Chicago, she has been called upon by a diverse list of bandleaders—including Tom Tom Washington (South Side Big Band), Joan Collaso (11 Jazzy Divas), and Douglas Ewart (AACM Inventions Ensemble)—to bring authenticity and integrity to every performance.

In 1995, Brown launched her independent label, MagPie Records, and released her first solo project, From My Window. The CD was nominated for a Chicago Music Award for Best Jazz CD. Brown also produced a live concert recording with her father, before his passing, called We’re Live. The CD was released internationally and is available on iTunes.

Miguel de la Cerna is a first-call music director and arranger, a prolific performer, and an influential educator recognized as one of the most versatile pianists working today. A Chicago native, de la Cerna represents the third generation in a distinguished lineage of Chicago piano jazz greats: his grandfather, pianist General Morgan, accompanied and recorded with both Billie Holliday and Henry “Red” Allen, and recording artist Gloria Morgan was de la Cerna’s aunt.

After studies at the American Conservatory of Music and Oberlin Conservatory, de la Cerna toured the United States, Europe, Latin America, the Middle East, and Asia for more than a decade, as pianist and conductor for various ensembles and theatrical productions, before resettling in Chicago. His theater and conducting highlights include musical direction and arrangements for international tours and productions of Bubblin' Brown Sugar, Blackbirds of Broadway, and From My Hometown.

Known especially for his sensitive work with singers, de la Cerna tours frequently and has recorded extensively in his role as music director and arranger for vocalists Dee Alexander, Bobbi Wilsyn, and Maggie Brown, among others. A frequent collaborator with some of the world’s most celebrated jazz masters, including Oscar Brown, Jr., Jon Hendricks, and Jimmy Heath, de la Cerna also reaches into classical and world music. An accomplished composer, he has twice been commissioned by Chicago’s innovative contemporary classical quintet, The Orion Ensemble.

As a faculty member at Columbia College Chicago, de la Cerna shapes a new generation of young musicians. He also serves as music director for the Jazz Institute of Chicago’s eclectic JazzCity concert series, bringing jazz and world music to concert venues and neighborhoods throughout Chicagoland.

The Hyde Park Jazz Festival is a collaborative platform dedicated to supporting the presentation and ongoing development of jazz, particularly on the South Side of Chicago. It does this by creating opportunities for a diverse community of listeners to engage with the music and its creators, and by working with artists, organizational partners and networks to celebrate the rich tradition of jazz and to support the development of new works and ideas.

Presented by the Global Voices Performing Arts and Lecture Series and the Hyde Park Jazz Festival. 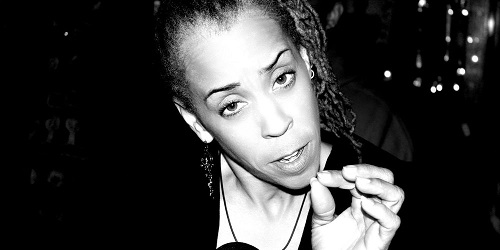 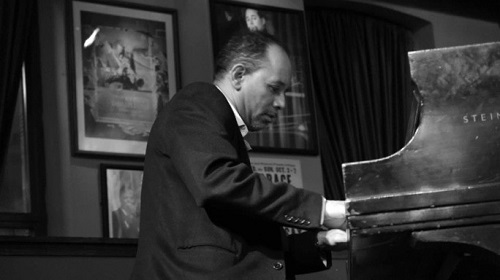