In The Warrior State: Pakistan in the Contemporary World, noted international relations and South Asia scholar T.V. Paul tackles what may be the world's most dangerous powder keg and untangles a fascinating riddle. In many states across the developing world, military-led regimes have experienced impressive economic growth and have evolved into at least partially democratic states. Yet Pakistan, a heavily militarized nation, has been a conspicuous failure. Its economy is in shambles, propped up by international aid, and its political system is notoriously corrupt and unresponsive. Despite the regime's emphasis on security, the country is beset by violence and terrorism. What explains Pakistan's unique inability to progress? Paul argues that the "geostrategic curse" is the main cause.

T.V. Paul is the James McGill Professor of International Relations at McGill University, Montreal, and a leading scholar of international security, regional security, and South Asia. His 14 published books include: South Asia's Weak States: Understanding the Regional Insecurity Predicament; The India-Pakistan Conflict: An Enduring Rivalry; India in the World Order: Searching for Major Power Status; and Globalization and the National Security State.

Presented by the Global Voices Lecture Series and the Seminary Co-op Bookstore. 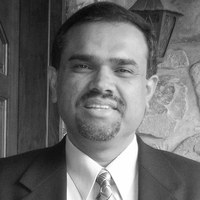