The International House Global Voices Program and the Global Strategists Association invite you to celebrate the rich and diverse cultures represented throughout the Chicagoland area. The event will include networking and fellowship opportunities, as well as a speech from Keynote Speaker Ms. Phumzile Mazibuko, Consul General of the South African Consulate in Chicago.

Ms. Mazibuko, in her capacity as Consul General of South Africa in Chicago, is tasked with effectively rendering consular services to South Africans in 14 states across the Midwest. The consulate enhances people's participation and cooperation in the fields of arts, culture, and education, as well as promoting South African trade and investments. Ms. Mazibuko has also served in both the national and provincial government of South Africa as Chief of Staff in the Ministry of International Relations and Cooperation and Senior Manager for Communication in the Department of Housing and Local Government in Limpopo. She has also served abroad at the South African High Commission in New Delhi, India and the Department of International Relations of South Africa at the Greater China Desk as a Desk Officer. We look forward to Ms. Mazibuko's keynote address.

This event is free and open to the public with registration, which can be found here.

This event is presented by the International House Global Voices Performing Arts and Lecture Series as a part of the UChicago Diplomatic Encounters Series and by Global Strategists Association. 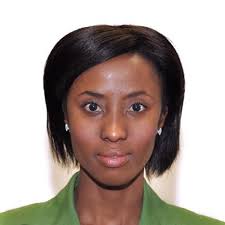 Ms. Phumzile Mazibuko, the Consul General of the South African Consulate in Chicago