On April 4, 2017, join us at International House as contributors to the Chicago Quarterly Review’s South Asian American Issue read excerpts from their work published in the issue. This reading will feature award winning authors, including S. Afzal Haidar, Faisal Mohyuddin, Dipika Mukherjee, Toni Nealie, Ravibala Shenoy, and Sachin Waikar. The event will be moderated by senior editor Elizabeth McKenzie, author of the best-selling The Portable Veblen.

This event is sponsored by the Global Voices Performing Arts and Lecture Series and the Committee on South Asian Studies at the University of Chicago.

Praise for the South Asian American issue of the Chicago Quarterly Review:

Manil Suri: “In a time of mounting distrust of foreign cultures and unprecedented attacks against immigrants, this sweeping collection of writing by a new wave of South Asian writers is an antidote that both transports and illuminates. The irrepressible voices within rage against widely diverse assumptions and stereotypes and yet unite to remind us of the universality of the human condition.”
Charles Johnson: "This rich issue is the perfect antidote for the cultural ignorance of those who demonize immigrants and fear the inevitable browning of America. In these memorable stories, essays, poems and photos we see past differences of culture, country and religion straight into the heart of South Asian Americans, realizing that it is our own heart, one that powerfully reminds us of our shared humanity."

Amritjit Singh: “This rich collection of short stories, poems and creative non-fiction not only achieves guest editor Moazzam Sheikh’s goals but also displays the complex issues of identity and language, diaspora and migration, culture and history, gender and sexuality, experienced today by South Asian American writers. Immigrant identities are almost always in flux, but in their century-old presence in North America, South Asians have not settled on one particular approach to their diverse lives. This 'unruly bunch' loves 'to talk, argue, holler,' not always choosing to learn from other ethnic and racial histories. Readers, South Asians and others, will have a chance to discover themselves in the voices they hear in these pages.”

Purchase a copy of the South Asian American issue of the Chicago Quarterly Review here. 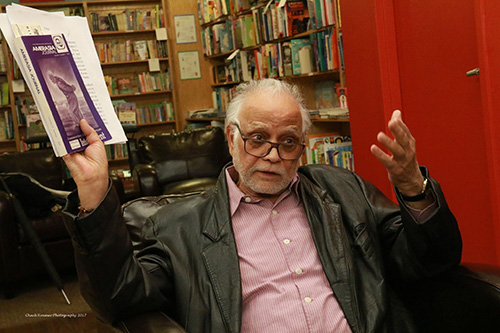 S. Afzal Haider is the founder and senior editor of Chicago Quarterly Review. His short stories and esays have been published in a variety of literary magazines. Oxford University Press, Milkweed Editions, Penguin Books, Pearson and Longman Literature have all anthologized his writings. He is the author of the novel To Be with Her (Weavers Press).

Faisal Mohyuddin teaches English at Highland Park High School in suburban Chicago, is a recent fellow in the U.S. Department of State’s teachers for Global Classrooms program, and received an MFA in fiction writing from Columbia College in 2015. His writing has appeared in Prairie Schooner, Narrative, Poet Love, Atlanta Review, RHINO, Crab Orchard Review, the Minnesota Review, Indivisible: An Anthology of South Asian American Poetry, and elsewhere. Also a visual artist, he lives in Chicago with his wife and son. 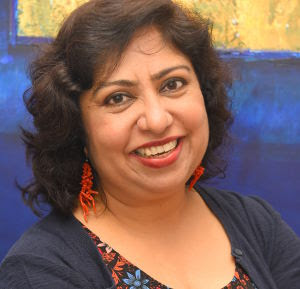 Dipika Mukherjee’s two poetry collections include The Third Glass of Wine (Writers Workshop 2015) and The Palimpsest of Exile (Rubicon Press 2009). She is contributing editor for Jaggery and curates an Asian America reading series in Chicago. Her debut novel was long-listed for the Man Asian Literary Prize as an unpublished manuscript, then published as Thunder Demons (Gyanna Books 2011) and Ode to Broken Things (Repearter Books 2016, distributed by Penguin/Random House). The unpublished manuscript of her second novel won the Virginia Prize for Fiction and was published as Shambala Junction  by Aurora Metro Books (2016). She won the Gayartri GaMarsh Award for Literary Excellence (2015) and the Platform Flash Fiction Prize (2009). Her Short Story Collection is Rules of Desire (Fixi Novo 2015), and her edited anthologies on Southeast Asian fiction include Champion Fellas (World Works 2016), Silverfish New Writing 6 (Silverfish Books 2006) and The Merlion and Hibiscus (Penguin 2002) 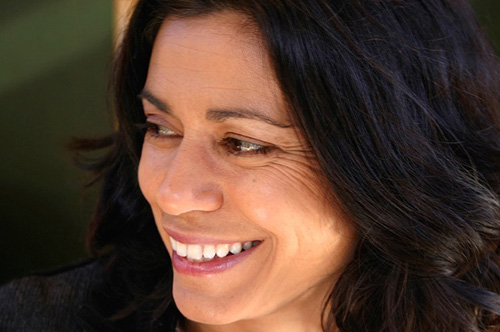 Toni Nealie is the author of The Miles Between Me, an essay collection about borders, homeland, dispersal, heritage and family, published by Curbside Splendor. Her essays have appeared in Guernica, Hobart, the Offing, the Rumpus, Entropy, the Prague Revue and elsewhere. Her essay “The Displeasure of the Table” was nominated for a Pushcart Prize. Originally from New Zealand, where she worked in journalism, politics and public relations, she holds an MFA from Columbia College Chicago. She currently teaches and writes in Chicago where she is literary editor of Newcity and coeditor of the Sunday Rumpus.

Ravibala Shenoy was born in India and lived in Germany and France before settling in Illinois. Her fiction and nonfiction have appeared in Sugar Mule, India Currents, the Copperfield Review, and Cooper Street Journal, among others. She is a retired librarian. 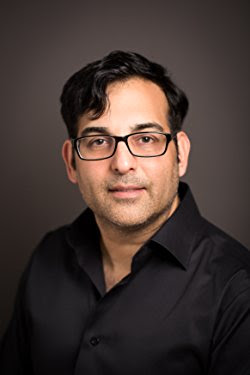 Sachin Waikar's award-winning writing appears in national magazines and journals including Esquire, Amazon's Day One, Drunken Boat, Sout Asia Review, Highlights, Parents, Kahani, and several published anthologies. His screenwriting has placed in HBO/Miramax's Project Greenlight and been nominated for an ABC/Disney Talent Development Grant. As a freelance writer he writes for businesses, universities and individuals. Before turning to writing he worked as a business strategy consultant for McKinsey & Company and a Beverly Hills psychologist. A member of Phi Beta Kappa, he earned a BA in psychology with honors and distinction from Stanford University and a PhD in clinical psychology from the University of California, Los Angeles. He lives in Evanston with his family.