The University of Chicago’s Institute of Politics, International House, Center for Middle Eastern Studies and other area studies centers are joining forces with the Chicago Consular Corps to expand the Diplomatic Encounters series to better connect the UChicago community with representatives of diplomatic missions from around Chicago and across the nation. The series aims to provide a venue to hear from leading diplomats, engage them in open dialogue, and come to a better understanding of the issues, challenges, and opportunities facing countries around the world. Programs for the series are held throughout the academic year.

This program will feature Martín Lousteau, the Ambassador of Argentina to the US since January 2016, whose talk is entitled "Argentina - Politics & Economics."

He has also served as Minister of Economy and Production of Argentina (2008), and as Minister of Production in the Province of Buenos Aires (2005). During 2006 and 2007 he was the chairman of Banco de la Provincia de Buenos Aires and GrupoBapro SA. After the collapse of the Convertibility Plan, he advised the Central Bank Governor from 2003 to 2004.

From 2008-2015 he ran his own economic and political consultancy firm. He was also a columnist for La Nación newspaper, a regular guest on TV and radio shows, and the author of four books, including the bestseller Economía 3D.

Presented by the Global Voices Performing Arts Series, the Consulate General of Argentina in Chicago, the Institute of Politics, the Center for Middle Eastern Studies, and the Global Engagement Office. 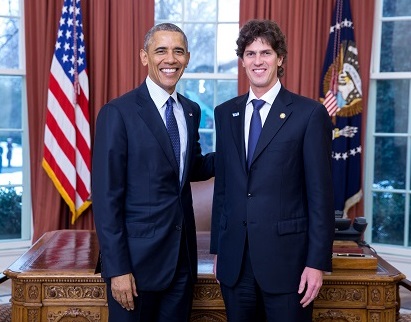