​A word from Spektral Quartet: "In the summer of 2017, we landed a plum residency at the American Academy in Rome, Italy. “Plum,” in the sense of phenomenal cuisine and ancient sites. We were so lit up by composer Christopher Trapani’s music that we’ve been scheming for a way to play it ever since. We are all smiles to report that we’re bringing him to Chicago this spring to introduce him to you, and to present you with the world premiere of his Isolario: Book 2. The second chapter in a series, so to speak, Isolario captures the essence of his travels to far-flung islands by way of electronics, the composer’s own field recordings, and prepared instruments (think aluminum foil tucked around our strings, for instance). We’re especially lucky to have computer music designer Max Bruckert on loan from France’s renowned GRAME center for this performance. Using this island theme as a leaping off point, we’ll be sharing Schubert’s “Rosamunde” quartet with you, a high-drama masterpiece that harkens back to the island of Cypress in its mythology. This piece is pure sturm und drang (which translates to: undies in a perennial bundle), and you should probably wear a cape to the show."

The twice-Grammy nominated Spektral Quartet actively pursues a vivid conversation between exhilarating works of the traditional repertoire and those written this decade, this year, or this week. Since its inception in 2010, Spektral is known for creating seamless connections across centuries, drawing in the listener with charismatic deliveries, interactive concert formats, an up-close atmosphere, and bold, inquisitive programming. 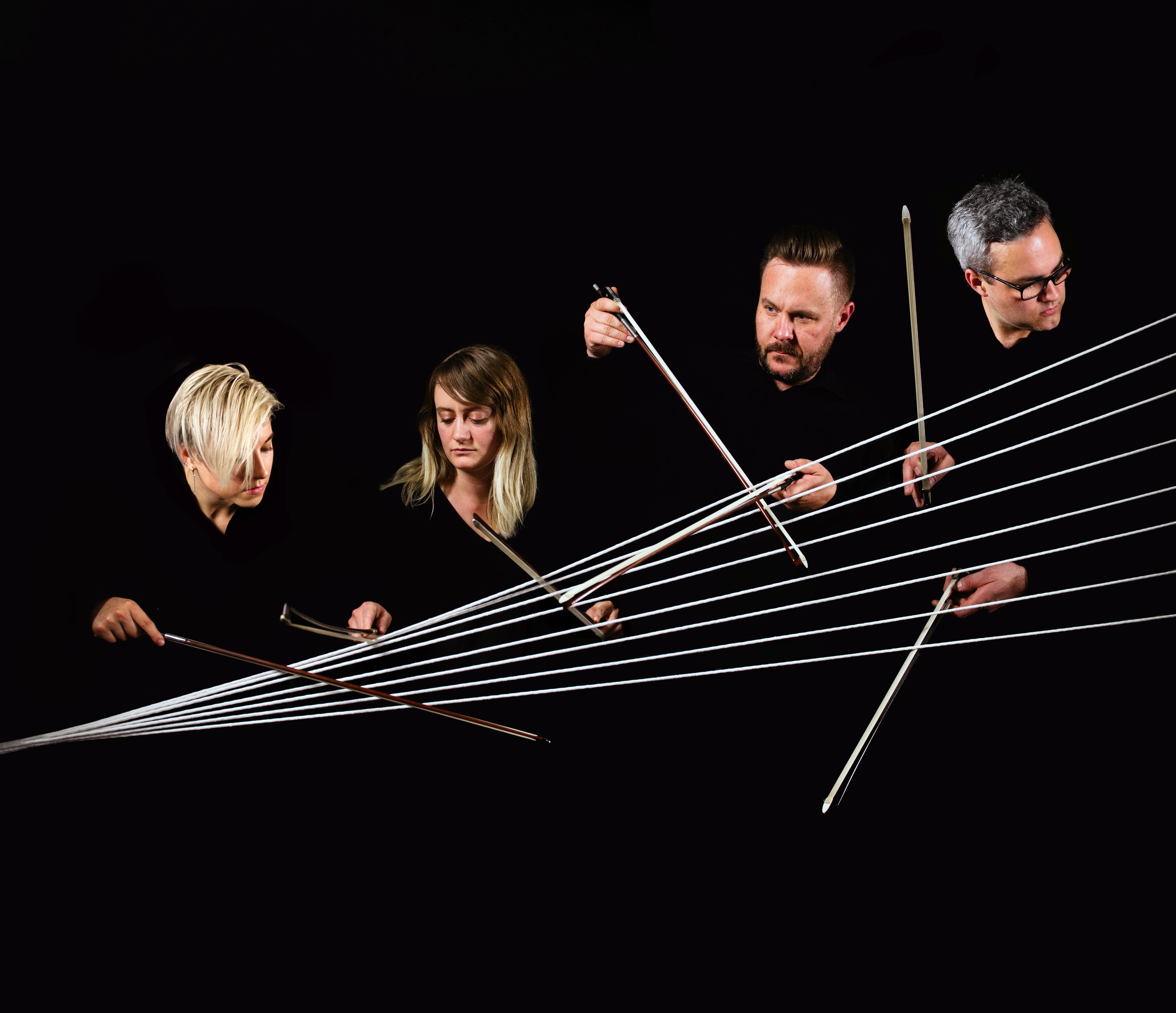