The 11th Tetsuo Najita Distinguished Lecture in Japanese Studies presents a two-day program that encompasses a film screening of Professor and Director Eiji Oguma’s “Tell the Prime Minister” on September 27th and a keynote lecture featuring Professor Oguma (Japanese with English translation) on September 28th. The documentary film focuses on the anti-nuclear movement after the Fukushima nuclear disaster on March 11th 2011 in Japan.  This film is composed of interviews and footage that was shot by ordinary citizens and shows the stagnation of the economy, increase of unstable jobs, and a dysfunctional political system in Japan as a result of the nuclear disaster which prompted a strong movement that brought these issues to the government, mobilizing approximately 200,000 protestors in front of the Prime Minister’s Office in 2012. The keynote, entitled “A New Wave Against the Rock: New Social Movements in Japan Since the Fukushima Nuclear Meltdown,” will take place on September 28th. Professor Oguma is a Professor of the Faculty of Policy Management at Keio University in Tokyo. His research covers national identity and nationalism, colonial policy, and democratic philosophy and social movements in modern Japan from the perspective of historical sociology.

Click here to watch a trailer of "Tell the Prime Minister"

Presented by the Global Voices Lecture Series and the Center for East Asian Studies. 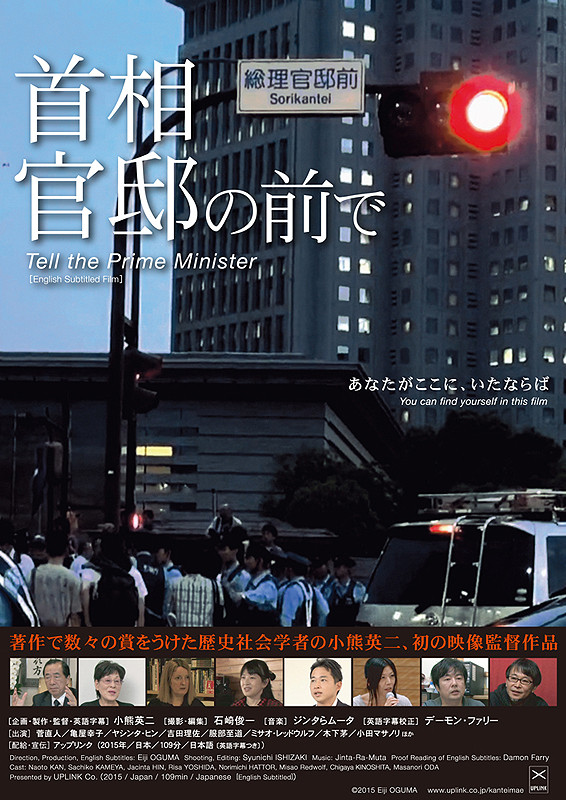