Acclaimed for its outstanding performances and wide-ranging repertoire, The Chicago Ensemble presents chamber music through the ages by some of the world's greatest composers drawn from in-concert recordings. The fourth program in this monthly virtual concert series will focus on the 20th Century European period and feature music composed by Hindemith, Prokofiev, Berg, Martinu, Shostakovich, Stravinsky and Bartók. Tune in to hear the stories behind the masterworks of the 20th Century composers who broke the rules, told by ensemble guest member Elizandro Garcia-Montoya (clarinet).

People thought it was anarchy -- the new music being written in the early years of the 20th century. How could they be expected to "understand" works of art where the composer has thrown out the rules? Even Mahler, who was friends with Schoenberg in Vienna, confessed that he didn't understand what Schoenberg's new music was about. In Paris, the audience rioted at the premiere of Stravinsky's Rite of Spring. And yet, the composers we are considering in today's program are now universally admired and their works appear on concert programs, if not as often as Beethoven, still frequently, and the audiences don't shake their heads in perplexity. Music by Hindemith, Prokofiev, Berg, Martinu, Shostakovich, Stravinsky and Bartok is featured in The Chicago Ensemble's virtual program of performance highlights, commentary, and interviews. 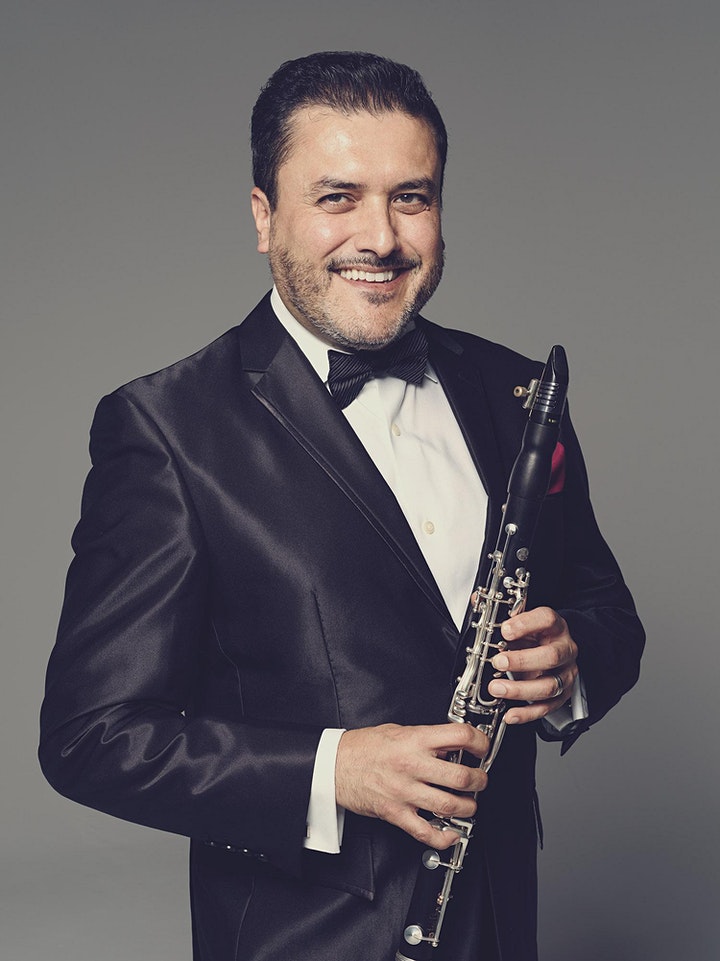 Elizandro Garcia-Montoya, born in Costa Rica, has performed with the Cleveland Orchestra, Charleston Symphony, Houston Grand Opera, and the State of Mexico Orchestra. A prizewinner in the 1999 Fischoff Chamber Music Competition, he has played with the Chicago Chamber Musicians, Fulcrum Point, Pilgrim Chamber Players, Spektral Quartet, and Fifth House Ensemble. Mr. Garcia-Montoya has performed with several music festivals including Tanglewood, National Repertory Orchestra, International Festival at Round Top, Spoleto/USA, and Yale’s Norfolk Chamber Music Festival. He holds a bachelor’s from Baylor University and a master’s from Rice University. He also has a professional studies diploma from the Cleveland Institute of Music and he has pursued additional post-graduate studies at DePaul University. Mr. Garcia- Montoya is the principal clarinetist of the New Hampshire Music Festival and the New Millennium Orchestra of Chicago. He teaches at DePaul Community Music School, People’s Music School, Elmhurst College and the Arts Academy.