Voices in Your Head

Voices in Your Head is a student-run a cappella group from the University of Chicago consisting of undergraduate students whose areas of study span as far as their musical tastes. The group strives to take new approaches to a cappella by reinterpreting popular music and using the human voice in new, innovative ways. Voices regularly competes in the International Championship of Collegiate A Cappella, and has advanced to the final round of the competition multiple times, including this past year. In addition to the ICCAs, Voices's last album, titled “LIGHTS,” has won many awards and gained national recognition. Voices annually holds a Fall Concert at the end of fall quarter to showcase their new music as well as formally introduce their newest members.

Open to the public. Tickets available at the door.

Presented by Global Voices Performing Arts Series and Voices in Your Head. 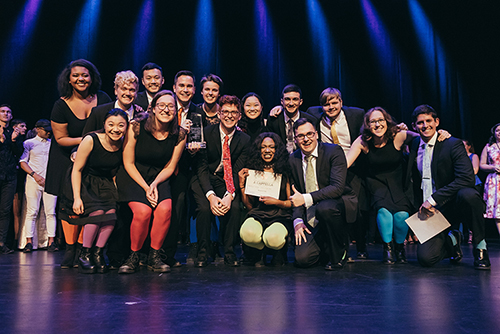