The event featured remarks by professor emeritus and former International House director Ralph W. Nicholas, AM’58, PhD’62; president emeritus Hanna Holborn Gray; and vice president for campus life and student services Karen Warren Coleman. The ceremony featured the traditional lighting of candles and International House pledge, which each resident reads in his or her own language:

“As light begets light, so love, friendship and goodwill are passed from one to another. We who have come from many nations to live in one fellowship at International House promise one another to pass the light wherever we go.” 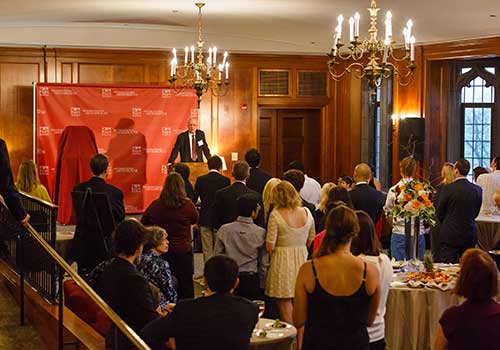